Professional service in audit and consulting 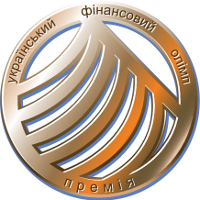 Audit company “Active-audit” on the results of work in 2010 was presented for the awarding of the professional award “Ukrainian Financial Olympus” in the category “Professional service in the field of audit and consulting.”

April 28, 2011 in the Small Mariinsky Palace was held a solemn ceremony of awarding the winners of professional awards Business Olimp Awards. The ceremony was held in the style of a secular party in the Renaissance style.

Among the guests – the chairmen of trade unions and associations, media representatives, business leaders, who became the winner of the selection by the end of 2010 in the financial, construction, food, trade, transport, legal industries. The program included a gala evening at the presentation of the material attributes of awards to companies that have become winners, concert and entertainment room, buffet. 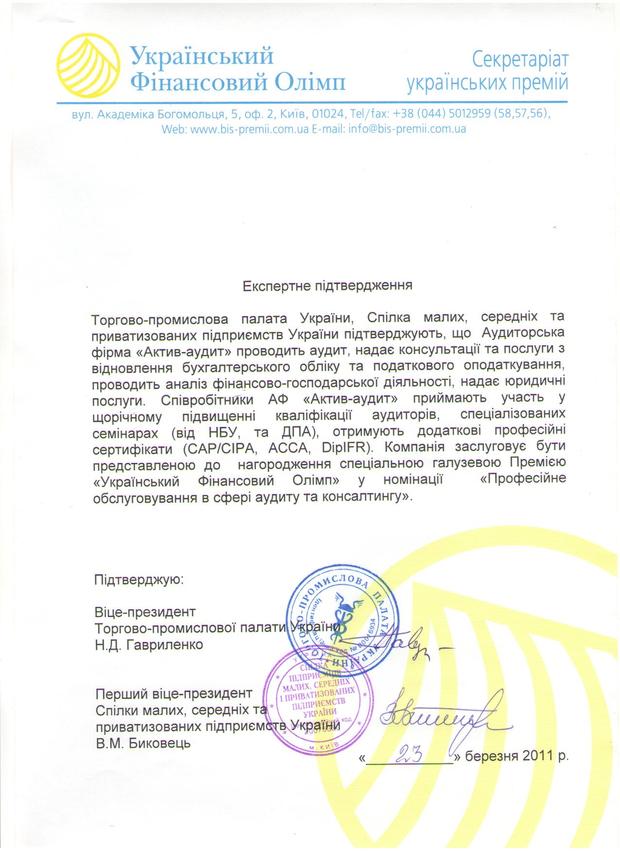 The ceremony was conducted by the famous TV presenter Oleg Panyuta.